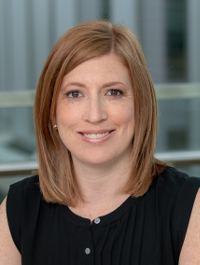 This email address is being protected from spambots. You need JavaScript enabled to view it.

Marylyn D. Ritchie, PhD is a Professor in the Department of Genetics, Director of the Center for Translational Bioinformatics, Associate Director for Bioinformatics in the Institute for Biomedical Informatics at the University of Pennsylvania School of Medicine. Dr. Ritchie is also Associate Director for the Penn Center for Precision Medicine. Dr. Ritchie is a translational bioinformatics scientist, biomedical informatician, and computational human geneticist with a focus on developing novel approaches for understanding the relationship between our genome and human phenotypes. She has expertise in developing novel bioinformatics tools for complex analysis of big data in genetics, genomics, and clinical databases, in particular in the area of Pharmacogenomics. Some of her methods include Multifactor Dimensionality Reduction (MDR), the Analysis Tool for Heritable and Environmental Network Associations (ATHENA), and the Biosoftware suite for annotating/ filtering variants and genomic regions as well as building models of biological relevance for gene-gene interactions and rare-variant burden/dispersion tests. Dr. Ritchie has over 15 years of experience in the analysis of complex data and has authored over 300 publications.  Dr. Ritchie has received several awards and honors including selection as a Genome Technology Rising Young Investigator in 2006, an Alfred P. Sloan Research Fellow in 2010, a KAVLI Frontiers of Science fellow by the National Academy of Science from 2011-2014, and she was named one of the most highly cited researchers in her field by Thomas Reuters in 2014. Dr. Ritchie has extensive experience in all aspects of genetic epidemiology and translational bioinformatics as it relates to human genomics. She also has extensive expertise in dealing with big data and complex analysis including GWAS, next-generation sequencing, data integration of meta-dimensional omics data, Phenome-wide Association Studies (PheWAS), and development of data visualization approaches.